The 6 best Spots to see Street Art in Sao Paulo 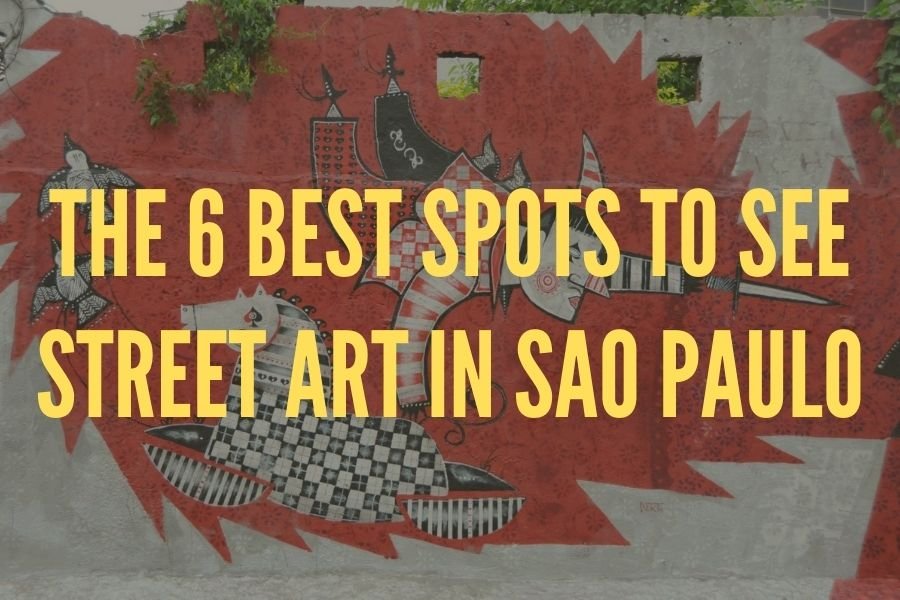 São Paulo has become a reference in the art of Graffiti and Street Art, being home to many internationally renowned artists!

Currently, it is difficult to visit the city and do not come across its numerous murals, graffitis and interventions, spread across the 4 corners of the city!

Do you want to know more about this trend and enjoy your stay in São Paulo to get deeper into the subject? Read the post and discover the 6 most relevant places to enjoy the Street Art in São Paulo!

In the heart of the Vila Madalena neighborhood, there is an open-air graffiti art gallery, known as Beco do Batman (Batman´s alley).

The first murals appeared in the 1980s and what was a degraded spot, today has become an artistic attraction, with interventions by Graffiti artists
from the most diverse backgrounds.

Take the opportunity to visit the nearby Urban Art Galleries A7MA and Choque Cultural, as well as the Patápio staircase, decorated with tiles and paintings.

A few blocks away from the famous Beco do Batman, you´ll find Beco do Aprendiz.

The name was created in reference to the NGO “Cidade Escola Aprendiz”,
created by journalist Gilberto Dimenstein and whose purpose was to transform local taggers into Graffiti artists.

Most of the works in the alley have not been renovated, but the visit to the site remains valid for those who wish to learn more about the history and
curiosities of Street Art in São Paulo.

How to Get There

Located in the northern part of São Paulo, M.A.A.U (Open Air Street Art Museum) is a set of more than 70 graffiti arranged on the pillars that support the elevated stretch of blue Line 1 of the city’s metro system.

The project was created in 2011 and was attended by approximately 60 artists from different regions of the city and artistic influences.

An unmissable place to dive deep into the scene of the São Paulo´s Street Art.

Parque Minhocão (Presidente João Goulart viaduct), is an expressway that connects the west side of the city to downtown São Paulo.

A controversial project, responsible for accentuating the degradation of the region it passes through, has been gaining more colors and shapes, over the past 10 years, due to the large murals made in the surrounding buildings.

Renowned artists such as Kobra, Zezão, Tec, Tinho, Speto, among others, have already been present at the site and many others are yet to come.

The Cambuci neighborhood is the region where the most famous Graffiti artists from São Paulo were born and raised, “Osgemeos“.

Gustavo and Otávio Pandolfo are internationally recognized and have works spread across the 4 corners of the planet, with emphasis on an intervention carried out in the medieval castle of Kelburn, Scotland.

This is a great choice for fans and those who want to discover the first works of Osgemeos in São Paulo.

The Pinheiros district is also covered by murals and graffiti, but we highlight 2 staircases, located on Cardeal Arcoverde Street.

The first is the staircase of the ballerinas, made by the artist Eduardo Kobra, in the year 2018. The set has several ballerinas and was the first painting of the artist on a staircase.

The second is the Marielle Franco staircase, named in honor of the city councilwoman from Rio de Janeiro, murdered in 2018. There are several interventions on site highlighting a black and white photo of the former councilwoman.