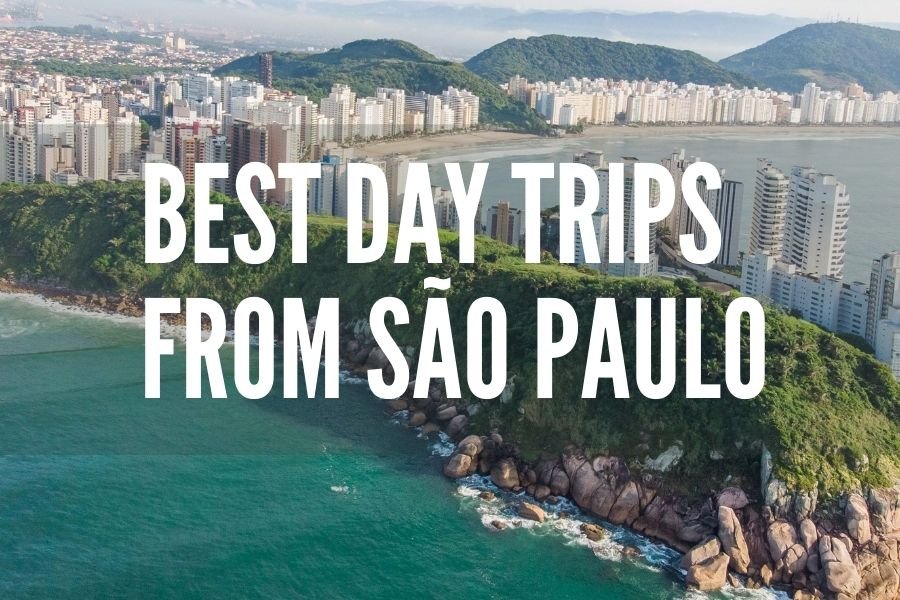 It is known that the city of São Paulo has hundreds of tourist attractions, for the most demanding tastes. There are hundreds of museums, cultural centers, theater and cinema rooms, as well as thousands of bars and restaurants of all imaginable ethnicities. Not to mention the many historical attractions, such as the Municipal Market, Municipal Theater, Luz Station, São Bento Monastery, among many others.

Now, if you’ve had the time to explore all that the city has to offer, it’s time to hit the road and explore other destinations, close to the state´s capital.

In this post, we created a list of places close to São Paulo and that can be visited in one day or even in half a day. Check it out below:

Located in the northern part of São Paulo, bordering other municipalities like Guarulhos and Mairiporã, it is an ideal destination for those who want a break from the city and an immersion in nature.

An area of ​​approximately 8,000 hectares of mountain range forms the so-called “Serra da Cantareira State Park”. In the place there are several trails, that please the most varied type of visitors, in the middle of the Atlantic Forest.

An excellent tour option that can be done in a period between 4 to 5 hours, only a few kilometers away from the city center of São Paulo.

Embu das Artes, or simply Embu, is a city in the metropolitan region of São Paulo, located just over 30 kilometers from the center of São Paulo.

Founded in the 16th century by Jesuit priests, the city still preserves part of its colonial architectural complex, with an emphasis on the building of the Order of the Jesuits, dating from the 17th century.

The city still stands out for its artistic vocation, having been home to several renowned artists throughout the 20th century. This artistic vein attracted more and more artisans to the place, coming from all over Brazil and other countries.

The biggest attraction of the place is the fair of Embu das Artes, one of the most famous craft fairs in the whole country, with more than 50 years of existence and that attracts thousands of people, every weekend.

Santos has several historical and cultural attractions, with emphasis on the Coffee Museum (former Coffee Stock Exchange), the Carmo complex, a great gem of the Brazilian baroque and the small church of Mont Serrat, dating from the end of the 16th century, from where you can get an incredible view of the city and the port of Santos, the largest sea port in Brazil.

The city of Guarujá, located on an island, has a diverse offer of beaches catering to the most varied tastes and which together add up to more than 22 km in length.

Campos do Jordão is the highest Brazilian municipality, located at an average altitude of 1,600 meters.

The city is located in the Serra da Mantiqueira, one of the most beautiful landscapes in the state of São Paulo and is about 180 kilometers from the capital of São Paulo.

The municipality has numerous natural and cultural attractions, with emphasis on the Winter Festival, a great classical music event with hundreds of performances that take place between the months of June and August.

The place has an excellent infrastructure of hotels, bars and restaurants and it is a great idea to stay overnight in the city. For those who do not have much time, Campos can also be visited in just one day.

The coffee activity created radical changes in the economy of the state of São Paulo. The production boom began at the end of the 19th century and the first farms appeared within a radius of 100 kilometers from the state capital.

Over time, new production areas have emerged in other parts of the state but some of the farms near the capital have survived and continued at full throttle.

Visiting one of these farms is a trip to the not-too-distant past and an excellent opportunity to learn more about the production process and the curiosities of the coffee universe.