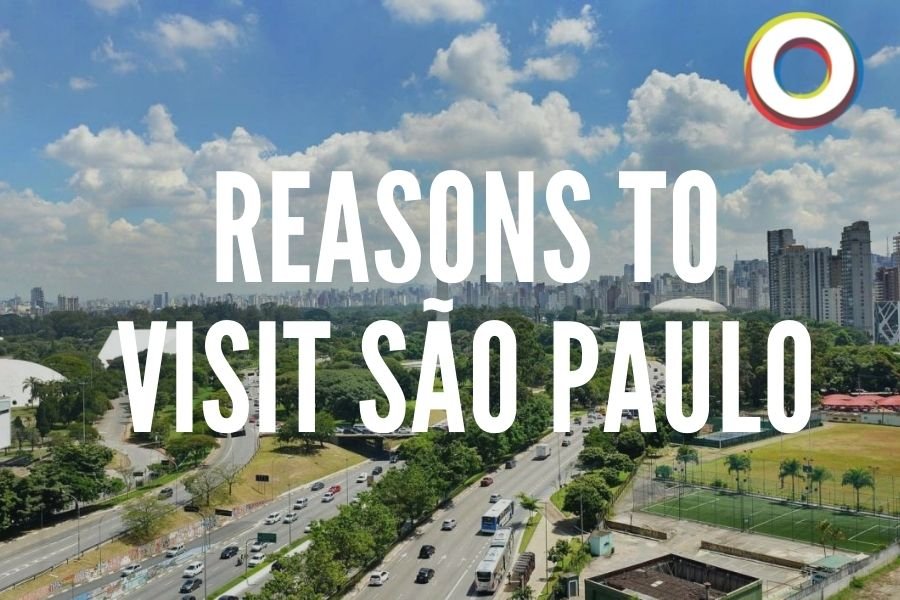 Over the years, I have heard from many travelers, mainly foreigners, who had hesitated to visit the city of São Paulo. The reasons were the most varied, from the violence, to the lack of interesting attractions that would make the visit worth it. The vast majority of these people, after getting to know the city a little better, were unanimous in saying that their expectations were exceeded, and many regretted not having stayed a few more days.

The idea of ​​this post is to highlight some reasons for you to include the city of São Paulo in your itinerary within Brazil.

An effervescent city with underused tourism potential, this is, in my humble opinion, an essential city to better understand Brazilian diversity and its multiple influences.

Check it out below!

All the cultural diversity of São Paulo can be tasted through its restaurants. This is, without a doubt, the largest gastronomic center in the country, with more than 20 thousand establishments, of the most varied specialties.

There are already dozens of restaurants awarded by the Michelin company, owner of the world’s leading Restaurant Guide. The city is home to award-winning chefs, such as Alex Atala (D.O.M and Dalva & Dito) and Jefferson Rueda, from Casa do Porco, elected among the best restaurants in the world in 2020.

The wide offer of bars, nightclubs, festivals and events make São Paulo have the hottest nightlife in Brazil. Here you will find more traditional regions such as Vila Madalena and Vila Olímpia, famous for their bars and nightclubs and also more hip areas such as Baixo Augusta and the city center, a region with more alternative bars and clubs.

São Paulo started the 20th century booming, driven by the growth of the coffee industry and a strong wave of immigration. There were countless nationalities who arrived here, in search of better living conditions and opportunities. One of the effects of this immigration was the creation of communities, a way in which people supported each other, thus minimizing the effects of cultural shock.

Today the city has famous neighborhoods such as Liberdade (stronghold of the Japanese and Chinese), Bexiga (region of Italians), Bom Retiro and Pari (Greeks, Armenians, Koreans, Lebanese, Syrians, Bolivians, Peruvians, among others) and the area that comprises the district of Santo Amaro, where the German community is concentrated, just to name a few examples.

In a period of less than 20 years, São Paulo went from thousands to millions of inhabitants and this growth was reflected in its architectural ensemble.

The city became an experimental stage for Modernist Architecture, highlighting the movement of Escola Paulista Brutalista, headed by renowned architects such as Lina Bo Bardi, Paulo Mendes da Rocha, Villanova Artigas, among others.

Many of these buildings are still architectural landmarks, with emphasis on MASP and Sesc Pompéia by Lina Bo Bardi, USP School of Architecture of Villanova Artigas and MUBE and Sesc 24 de Maio, by Paulo Mendes da Rocha.

São Paulo is one of the world’s meccas for Graffiti and Street Art. The beginning of this movement in Brazil took place in São Paulo, at the end of the 1970s, when plastic artists created interventions around the city, either as a form of protest against the military regime or simply to stimulate the population with their creations.

The Street Art boom took place in the late 1980s and early 1990s, with the arrival of the hip-hop movement, which has Graffiti as one of its pillars.

Currently there are hundreds of artists who spread their murals in the 4 corners of the city, making use of the most varied styles and influences.

Be sure to check out the exclusive post of the 6 best places to enjoy Urban Art in São Paulo. Click HERE

São Paulo is the Brazilian city with the largest number of Museums and Cultural Centers. A research of Tripadvisor´s website, listed 5 museums of São Paulo, among the 20 best museums within South America. The highlights are the Pinacoteca, Museu do Futebol, Catavento and MASP.

The variety of Cultural Centers is also impressive, with emphasis on Japan House, a place dedicated to Japanese culture, the Moreira Salles Institute, with a focus on photography, the Red Bull Station, a platform to encourage the formation and production of contemporary art and the Tomie Othake Institute, which has hosted exhibitions on Frida Kahlo, Yoko Ono and Salvador Dalí.

From the 1950s, there was a strong migration of people from all over the country to São Paulo, in search of personal and economic growth.

This made the local workforce specialize and reached a level of excellence unmatched by other regions in the country. If you are a person who likes to be well served, efficiently and quickly, São Paulo needs to be on your travel itinerary within Brazil.

These are just a few reasons to get to know São Paulo. Get in touch with us and make your visit even more profitable!