Visit the Main Highlights of the Jewish Community in São Paulo

São Paulo has the second largest Jewish community in Latin America, behind Buenos Aires, capital of Argentina. Of the 110,000 Jews living in Brazil, approximately 60,000 people live in the city of São Paulo.Jewish immigrants came from different countries in Europe and the Middle East and contributed to an intense cultural and political transformation of the city, founding newspapers, libraries, schools, synagogues, charitable associations, profoundly marking São Paulo society with the culture of Judaism

You´ll visit the Holocaust Memmorial in São Paulo, located inside the first Synagogue of the city

Our services include pick up & drop-off for guests staying within São Paulo´s central area.

We work with a Free Cancellation policy up to 24 hours before the service starts.

**The itinerary below is simple a suggestion on what can be done within the 5 hours of lenght. We are happy to customize your tour, according to your personal interests**

Jewish Immigration Memorial
Located at the first neighborhood where Jewish immigrants settled in São Paulo, this memorial is located in the building of the state’s first synagogue, Kehilat Israel, and brings a little of the Jewish memory through rare objects, documents, photos and multimedia resources.
Higienópolis neighborhood
Former stronghold of the coffee barons and that from the 1920s onwards becomes one of the main points of the Jewish community in São Paulo. This fact drastically changed the neighborhood and synagogues, Hebrew schools and kosher restaurants and bakeries were built on site. Currently the neighborhood has 11 synagogues and 25% of São Paulo’s Jews inhabit this region of the city.
Unibes (Brazilian Israeli Union of Social Welfare)
Founded in 1915, the institution was created from the merger of several groups and organizations working in the areas of social assistance with the Jewish community, with the purpose of helping the thousands of immigrants who arrived in Brazil as a result of the first and second World War.

*Prices are shown per group and in Reais (brazilian currency)

This Tour does Not include:

Like what you see? Book your Tour today!
BOOK NOW

This Tour was recently launched. No Reviews for this activity yet

Feel free to reach out and we're happy to answer any questions you may have.

We will gladly accept online payment in the methods below.

Some suggestions for you... 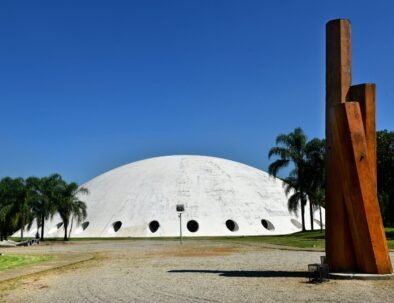 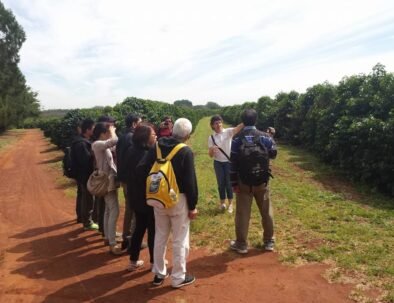 Dive deep into the world of coffee
 4.7/5
BOOK NOW
Comments are closed.